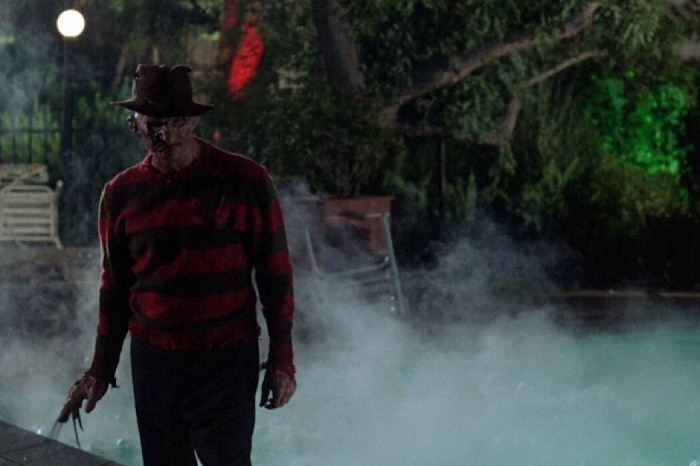 For most of us cinephiles, we remember the first time we saw a movie, whether it be in the theater, or at home. If the film shakes you, positively or negatively, there’s a residue left that creeps into your memory and makes it challenging to let go. Well, I don’t want to- so I’m going to highlight some Kristy horror history for this wonderful, special, month of October.

I was introduced to horror at a young age. When I got the “bug” we’ll say, I was hooked. I was laughing when it was funny, cringing when there was cause, and always, wanting more. In a lot of ways my young noggin really benefited from the exposure to the genre I hold so dear, because it allowed an already intriguing introduction to take hold, and to firmly take root. I love all kinds of film, and I’d be hardpressed to say one particular genre or film that is above the rest. But, I love horror because of its endless applications- its the chameleon of movies because it can be so many things, make you feel so much, while being one of the areas that can truly be creative. Are there limitations? No, there certainly, amazingly, are not.

Nancy (Heather Langenkamp) her boyfriend Glen (Johnny Depp) are the main teenagers in the throes of potential death and blade-fingered induced injuries. It seems everyone is having the same dream with a man covered in burns, with a either badass wardrobe or a lazy one, depending on your reception, with blades for fingers. The worst part? What happens in your dreams, happens in real life. And he is not the kind of guy you want to dream about. Robert Englund embodies Freddy with equal parts fun and horror, delivering an over the top, thrill.

When I first saw A Nightmare on Elm Street I was quite dazzled. I know, probably not the word choice that most would choose, but it’s true. I was really intrigued by the idea of a killer who attacks while you are sleeping. Despite how upending nightmares can truly be, there’s always the exhale of relief when you wake, knowing that in your waking hours, you’re okay.

Like the best of horrors do, it imaginatively ruminates on our vulnerabilities, and, now, 37 years later, it’s still doing it. It’s a unique concept, that is universally terrifying, brought to fruition in a campy delivery, and plenty of one -occasionally eek- liners.

For its time, A Nightmare on Elm Street’s originality was a sought after ideal. Since it’s origin it has spawned multiple sequels (most that are meehhh) as well as a reboot that even Rooney Mara couldn’t save. Freddy, as a slasher icon, is still renowned, still personified, and a recurring Halloween-costume. Why? Because he sticks the landing.

I think there’s something to be said about anything that stands the test of time. I’d like to think if I was a six year old now I’d be equally fascinated.

Although I couldn’t imagine a different Nancy, I never felt the performance was a stand out. In a lot of ways, even the portrayal by Depp feels a little off, and the dialogue can be a bit…silly. The reason that none of this bothers me? Because this film is so undoubtedly 80s. It breathes and thrives in this decade, between the costumes, the dialogue, and soft-focus, glamour shot feel.

It really enables the dream landscape created by Craven. When you watch A Nightmare on Elm Street you are persuaded into a terror- fantasy realm that even in its less effective moments, insists on immersion.

I have no doubt that A Nightmare on Elm Street will continue to hold its coveted place in horror history. With a mix of originality and camp, coming from a genuine fear, it’s a film that can’t be replicated.